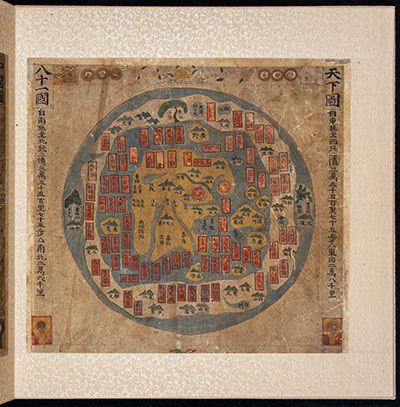 12 manuscript maps from a traditional Korean manuscript atlas from the late 18th century. Mounted in a double concertina format during the 1970s by a very skillful Korean bookbinder. Covered with Korean fabric.

Ch’onha chido (Atlas of the world) is a traditional Korean atlas produced between mid 18th and early 19th century. With a China-centered world map (Chonha-Do), a map of China with Korea, two maps of the Ryukyu Islands and 8 maps of the Korean provinces.